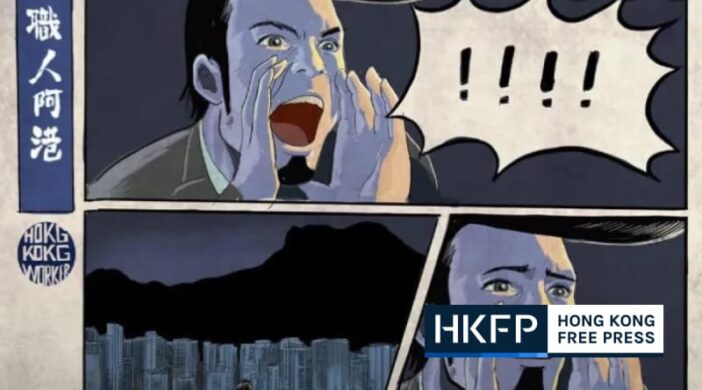 A political cartoonist has left Hong Kong, becoming the third to do so in less than seven weeks, citing concerns about shrinking freedom of expression in the city. Cartoonist Hong Kong Worker announced his departure on social media on Sunday, saying that he had arrived in Britain. “You may think there is one less voice in Hong Kong, but if I stay, it would only be a matter of time before I am silenced or forced to change topics. The choice I have made allows me to continue – continue to have a voice in the world that supports Hongkongers,” the artist wrote. “We will blossom in places around th…