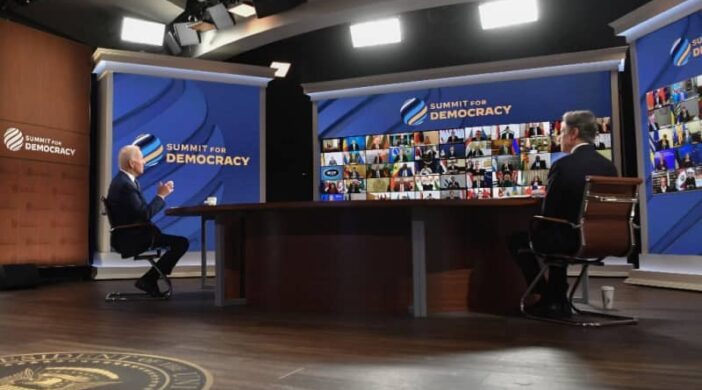 Beijing (AFP) – China branded US democracy a “weapon of mass destruction” on Saturday, following the US-organised Summit for Democracy which aimed to shore up like-minded allies in the face of autocratic regimes. China was left out of the two-day virtual summit — along with countries including Russia and Hungary — and responded by angrily accusing US President Joe Biden of stoking Cold War-era ideological divides.  “‘Democracy’ has long become a ‘weapon of mass destruction’ used by the US to interfere in other countries,” a foreign ministry spokesperson said in an online statement, which als…