Australian biotech Skin2Neuron Pty Ltd. (S2N) has what no one has to date – reversal of a dementia-like syndrome in a natural animal form of Alzheimer’s disease. 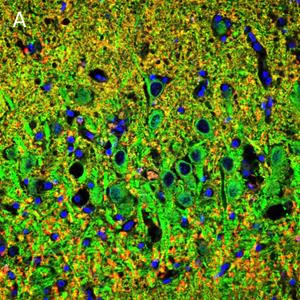 SYDNEY, June 21, 2022 (GLOBE NEWSWIRE) — With the once dominant amyloid hypothesis of Alzheimer’s disease suffering yet another crushing blow this week, the field is desperate for a ray of hope. Enter S2N, a new Australian biotech pioneering an all-new neurorestorative approach, aiming to rebuild and replace the lost brain cells in Alzheimer’s that underlies clinical symptoms.

In a world first, a veterinary trial led by S2N suggests the audacious concept may work. S2N’s new form of cell therapy reversed the dementia-like syndrome that strikes down many older pet dogs with Alzheimer’s.

Co-founder Professor Michael Valenzuela explains, “Because of deep parallels between the canine brain and human brain, and canine Alzheimer’s and human Alzheimer’s, I started this trial 10 years ago with the assumption that if it’s going to work in humans, then it needs to work in dogs first. And the results exceeded my wildest expectations.”

Dementia was reversed in more than half of the canine patients, with a clinically meaningful improvement in 80%. For many of the carers, it was a life-changing turnaround, some at the point of considering euthanasia before treatment.

Fiona Gibbs, carer of Leo, a 12-yo Pomeranian in the trial, describes the impact: “Before treatment, Leo was really bad, forgetting who we were, getting lost, and having these unpredictable episodes where he would growl and snap – it was really scary and we just couldn’t go on. A few months after treatment, he started getting better, and then he was back to his normal self, and we look back at the movies and think, ‘Wow, was he really that bad?'”

And when Valenzuela looked in the brain, the findings were remarkable, “The hippocampus, the memory centre of the brain, was packed with baby neurons and new synapses, precisely where we delivered the cells. Compared to untreated dogs, it was like night and day”.

Importantly, microscopic analysis confirmed the dogs had classic Alzheimer pathology. In other words, the cell therapy worked in the setting of natural disease, a first of its kind.

“Given our doggie patients also had many of the same health issues that older people face, it gives me even greater confidence,” says Valenzuela.

Stem cell pioneer Professor Brent Reynolds of the University of Florida, not connected to the study, considers it a landmark in the quest to treat brain degeneration. “Alzheimer’s is an area of medicine that needs new thinking. What stands out are clinically meaningful outcomes in a natural canine model of this devastating disease. Also, the company’s approach to generating cells from the same patient could solve many of the problems facing cell therapies.”

The study helps pave the way for S2N to launch a world-first human trial in 2024. 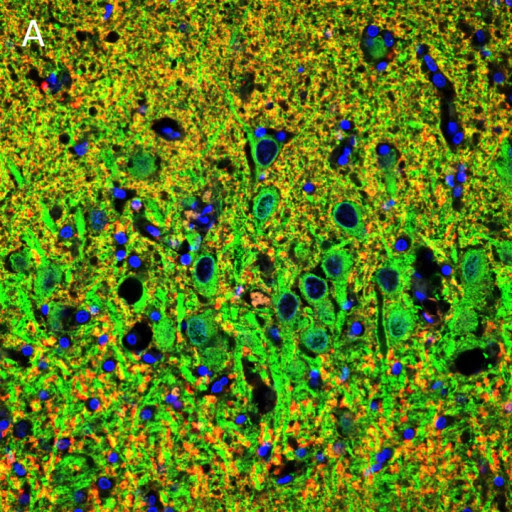 Hippocampus (memory centre) of an older dog with dementia-like syndrome successfully treated with S2N’s cells. It is packed with green cells that are new neurons (brain cells) and yellow dots, new synapses (connections between brain cells). 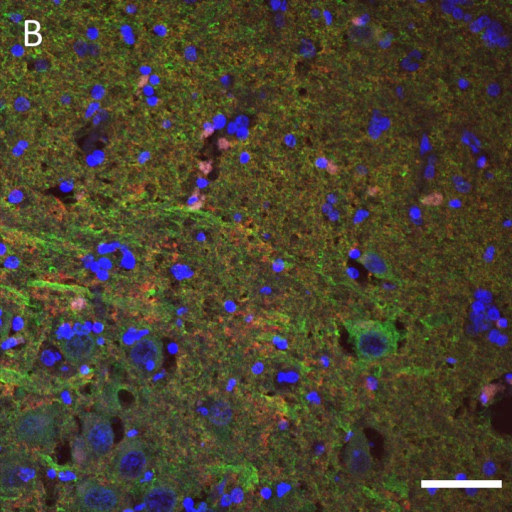 Same brain area in an aged untreated dog. There are no new neurons (no green cells), a few red dots (old synapses), but no new synapses (no yellow dots).

This content was issued through the press release distribution service at Newswire.com.